With the left over pulp from homemade almond or hazelnut milk we have the base of our brownie!

Waste not want not is a Stella motto. And who doesn’t want a guilt free giant brownie! 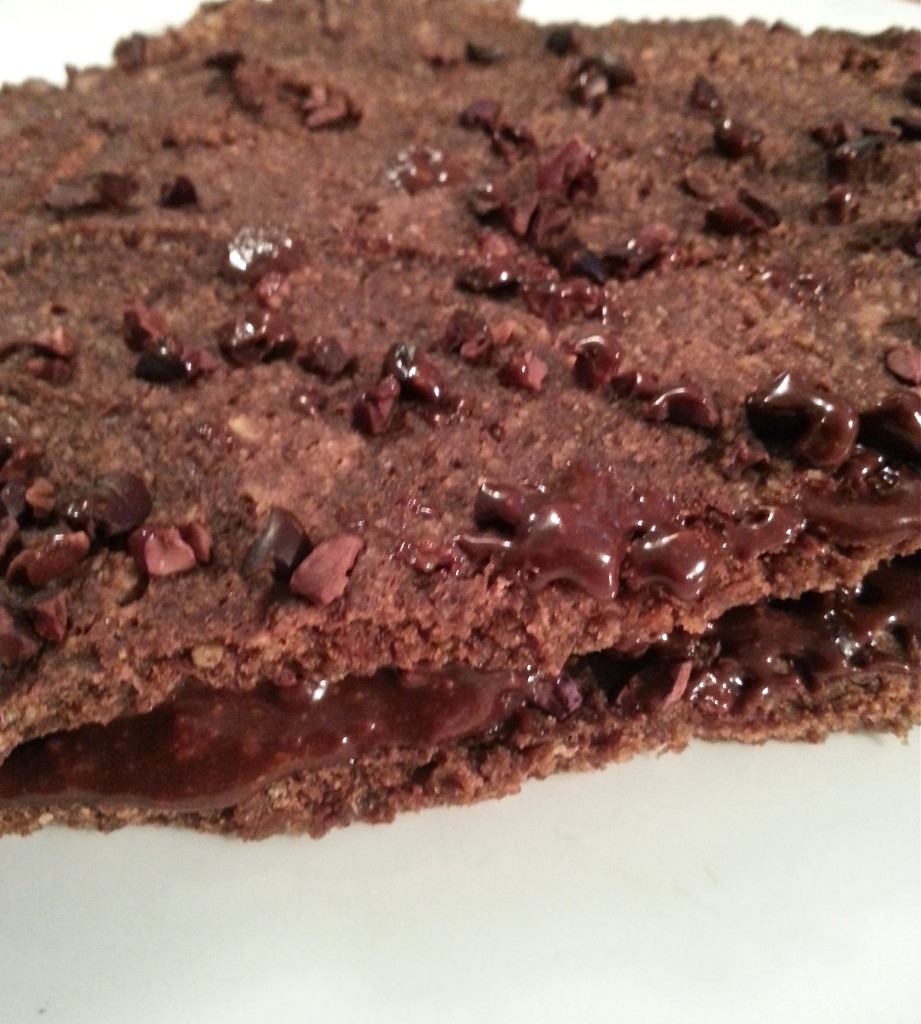 Blend until you get a dough like consistency. If it is still too moist add more Organic Golden Flaxmeal until you get the right consistency. Have a little taste of your mix, if it is not sweet enough you can always add a little more Agave or Jarrah honey to sweeten to your liking.

Flatten the dough out onto a dehydrator tray – for easier removal you can place a sheet of baking paper on top of the tray first.

Sprinkle extra cacao nibs over the top and press them down gently so they nestle in.

Dehydrate for 12 hours on 41 degrees Celsius.

Once your brownie is dehydrated; remove it, cut it in half and set it aside while you prepare the filling.

Mix in a bowl until a thick chocolate sauce forms.

Evenly spread the entire filling over one half of the brownie.

Some cacao nibs may have fallen off in the process. You can scatter these on top of the sauce for extra crunch.

Take the other half of the brownie and place it on top, making sure the cacao nib covering is facing upwards (it looks prettier that way, LoveLight!) 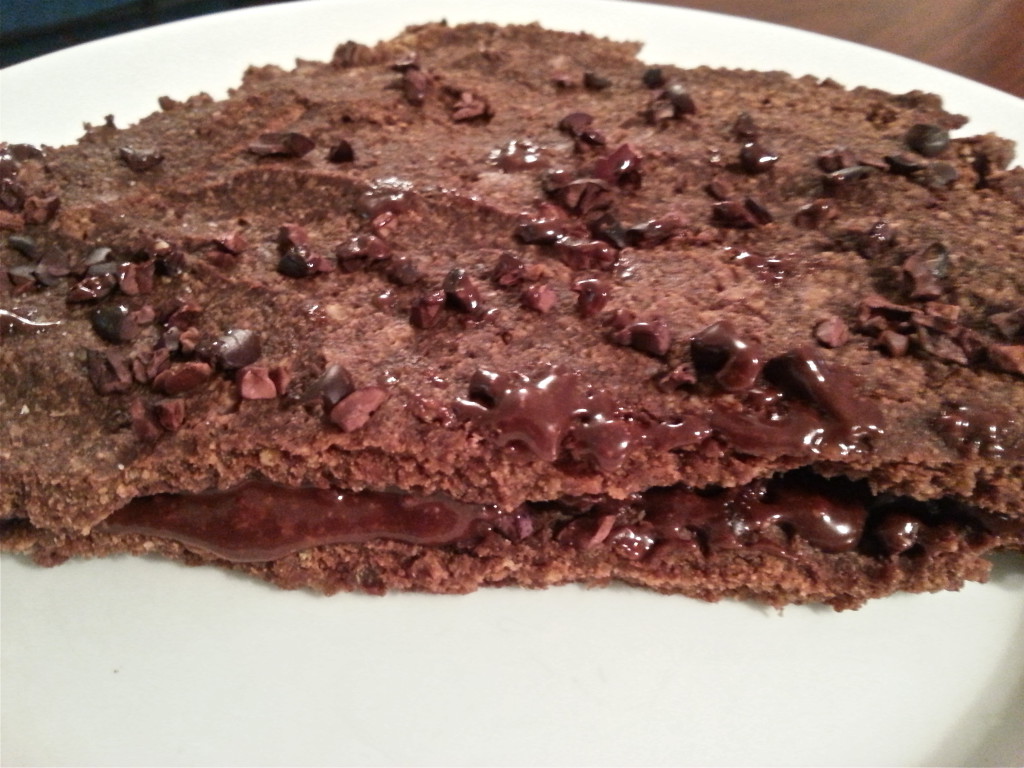 Now that’s alotta-brownie. You may like to cut it up and share the Love with your StellaTribe! 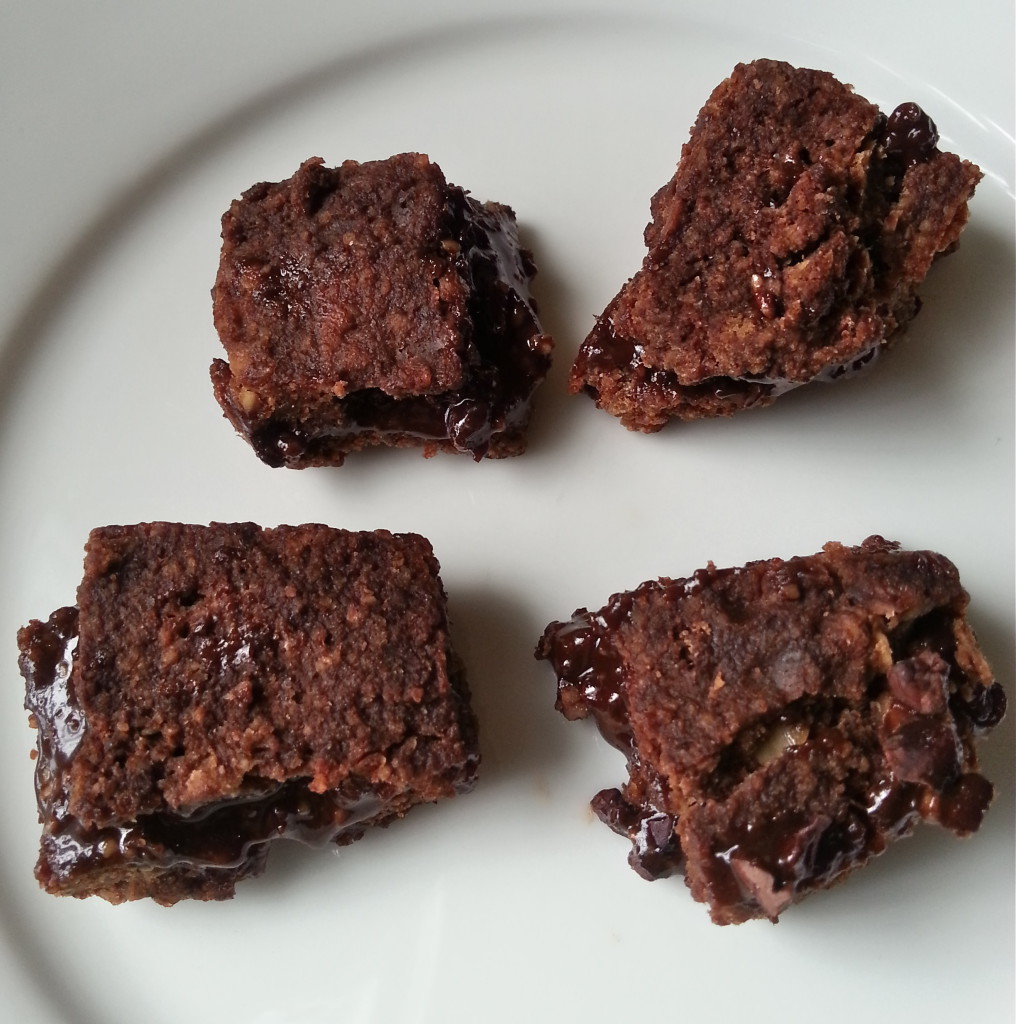